Wannyanpoo (わんにゃんぷー Wannyanpū) is a Japanese illustrator, animator, and mangaka best known for designing Momo Kisaragi and Marry Kozakura, as well as creating music videos for Kuusou Forest, Konoha no Sekai Jijou (with Sidu), Kisaragi Attention, Otsukimi Recital, and Toumei Answer. She first gained notability for her fanmade music video of Kagerou Daze which achieved over 800,000 views. She has not published many works, however, all of the music videos she has gained have over 400,000 views on Niconico. She has not contributed to the series itself since 2013, though she did draw art of her fanmade Kagerou Daze characters in 2015.[1]

Wannyanpoo was one of the millions that liked the song Kagerou Daze when it was popular. As a fan, she created a short MV of the song. Jin really liked it so he requested her to join his team, which back then consisted only of himself and Sidu. 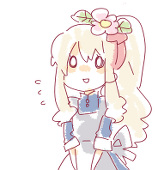 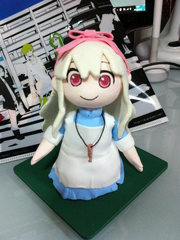 Marry made out of paper clay by Wannyanpoo 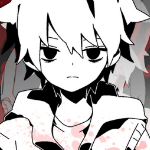 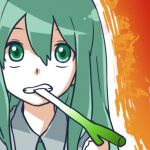 Retrieved from "https://kagerouproject.fandom.com/wiki/Wannyanpoo?oldid=37948"
Community content is available under CC-BY-SA unless otherwise noted.