Sidu (しづ Shidu)[5] is a Japanese illustrator, animator, and director who created various MVs and provides illustrations to various producers, including Jin. She created most of the MVs for Kagerou Project. Sidu often provides 'dark' illustrations; thus the notable works being Abstract Nonsense and Tokyo Teddy Bear by Neru. She is also the creator of the mixed-media project, Spinoid.

Until March 2015, Sidu was known under the name Shidu, but renamed herself in an official statement about the name change on her blog, where she explained that the change happened because she personally liked the sound of it. The English releases of the manga and light novels use her new spelling.[6]

Jin met Sidu through Twitter after searching for himself on the website: Sidu first listened to Jinzou Enemy on Daily Vocaloid Ranking. Since she thought it was a good song, she tweeted it on Twitter ("Jin's song is really cool!") and immediately got followed by Jin. The latter said it was because there were very few people (about 80 followers) who had listened to his song at that time. When he saw Sidu said she liked it, he immediately followed her. At first, all they talked about was some kind of game, while Jin did not know that Sidu was an illustrator.[7]

When drawing a MV, Sidu usually listens to the song first, to get a general image. After having Jin explain the song to her, Sidu draws the continuity and shows it to him. If Jin approves of the continuity, Sidu begins to add other details to make the full video. She normally spends two to three weeks to make a MV .[7]

Sidu thinks the hardest Kagerou Project MV she made was Losstime Memory. At that time, she had to ask Jin to help them with that MV. However, Jin thought that the toughest of all was Children Record. Two of Sidu's tablets broke and they burnt her hands while making the Children Record, Losstime Memory, and Yobanashi Deceive MVs.[7]

Sidu and Jin get along extremely well with each other and have never really had any kind of conflicts before. Jin also mentioned that he took a lot of Sidu's ideas into the project. Furthermore, she was the influence for Shintaro's jersey outfit, because during the process of designing the character, Sidu saw the red jersey Jin was wearing and thought that it would fit him as well. Jin thought he was being included in the series when receiving the design[8] and was afraid people would think he was cosplaying when attending events. Therefore, he said he had come to hate Shintaro a little bit at that time.

When designing characters for the series, Sidu would start to decide on their colors. Because Shintaro's color is red, his sister Momo received a color related to red, orange. Since the main colors of Kagerou Daze are blue and red, Hibiya's color became blue and Hiyori's pink. Momo was first intended to have an "annoyingly attractive character" design. Konoha was first designed as a girl. However, there were too many girls in Kagerou Project at that time, so she was changed into a boy. Sidu, however, still really likes female Konoha.[7]

Sidu's Icon on the Vocaloid Wiki 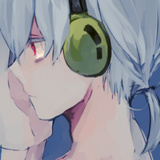 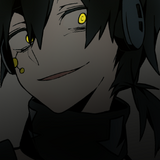 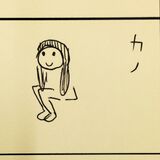 Sidu's Twitter icon of Haruka before the anime finale

Sidu's Twitter icon of Konoha after the anime finale 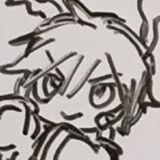 Retrieved from "https://kagerouproject.fandom.com/wiki/Sidu?oldid=61872"
Community content is available under CC-BY-SA unless otherwise noted.