This article is about the album. For the upcoming anime, see Mekakucity Reload (anime).

Mekakucity Reload (メカクシティリロード Mekakushiti Rirōdo, lit. "Blindfold City Reload") is the third Kagerou Project album by Jin and was released November 7, 2018. It was originally announced on August 15, 2017. It has 3 different releases: standard, Limited Edition A that comes with a manga chapter written by Jin and illustrated by Sayuki, and Limited Edition B that comes with 4 acoustic versions of songs from the album performed by Jin.

It was originally planned to be 14 songs, but Jin decided to split it into another album.[1] 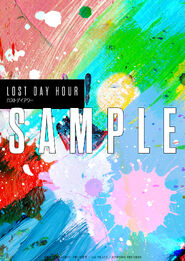 Cover of the manga included with Limited Edition A

Bonus postcard when buying from Toranoana 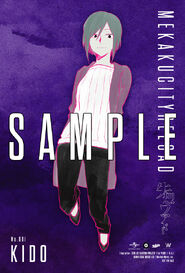 Bonus postcard when buying from Amazon.co.jp 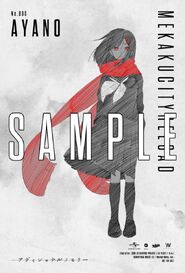 Retrieved from "https://kagerouproject.fandom.com/wiki/Mekakucity_Reload?oldid=60912"
Community content is available under CC-BY-SA unless otherwise noted.